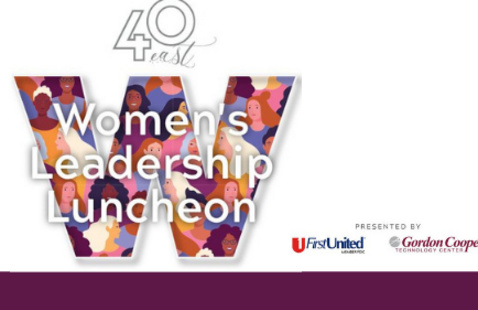 Gordon Cooper Technology Center, Public Safety Center View map $35
Add to calendar
Save to Google Calendar Save to iCal Save to Outlook

Patrice Withers is the Vice President, Spend Life Wisely Ambassador for First United Bank. Withers is responsible for overseeing community engagement, sponsorships, local marketing initiatives, and internal communications for the Dallas market. In her role, she serves as the main liaison between the bank and all stakeholders including community leaders, schools, and nonprofits.

Over the course of her career, she has worked in mid-management for Fortune 500 companies such as JCPenney, Verizon, Bank of America, BBVA, and Capital One. She has extensive experience in corporate social responsibility, community relations, communications, and public relations.

Withers is a summa cum laude graduate of North Carolina A&T State University where she received a Bachelor of Science degree in Journalism and Mass Communication with a concentration in Public Relations. She is also a graduate of Amberton University where she received a Master of Arts in Professional Development. She currently serves as a board member of Hunger Busters and Bridge2Greatness, Incorporated. Withers is also the DFW Alumni Chapter President for NC A&T State University and is a member of Alpha Kappa Alpha Sorority, Incorporated®. Most recently, she was named a 2022 recipient of the Dallas Business Journal 40 Under 40. In 2021, she received the Dr. Velma Speight Young Alumna Award and was a recognized as a distinguished alumnus for NC A&T State University.

In her spare time, she enjoys mentoring, reading, and traveling. After residing in the great state of Texas for nearly two decades, she finally considers North Texas home, though she will never depart from her North Carolina roots.

Tickets are $35 per person for the in-person event, including lunch.