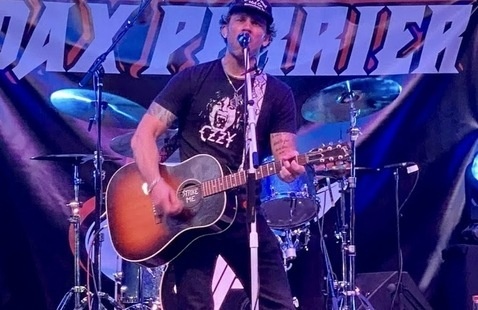 https://ritzshawnee.com/ #VisitShawneeOK
View map
Add to calendar
Save to Google Calendar Save to iCal Save to Outlook

DAX PERRIER is an American singer, songwriter and guitarist from Tulsa, Oklahoma. He began his music career during his time as an athlete at the University of Oklahoma. If you're looking to let your hair down, you've came to the right place.

The Oklahoma native has lit a fire to the alternative side of country music stages across the Midwest with the performance of his latest album, 'Bad for You'. Since it's release, the album has streamed in 42 countries and garnered the attention of thousands including country music star, Toby Keith. The legend added Dax's 2nd song on the Bad for You album to his pre-show concert playlist.