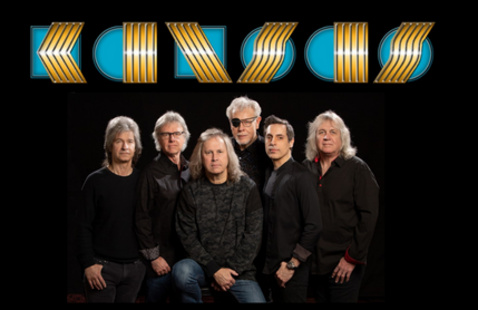 https://shawneeexpo.com/events
View map
Add to calendar
Save to Google Calendar Save to iCal Save to Outlook

For one night only, America’s iconic classic rock band, KANSAS, will be making a stop in Shawnee, OK. Fans will have the chance to enjoy an evening of live classic rock on March 17 at the Heart of Oklahoma Expo Center inside of the Avedis Conference Center.

RESCHEDULED! This concert has been postponed due to unforeseen circumstances. Tickets sold for the original date (Oct 22) will be honored.

Spanning five decades, KANSAS has sold more than 30 million albums worldwide with hits including quadruple-Platinum single ‘Carry On Wayward Son’ and another triple-Platinum single ‘Dust in the Wind.’ Along with constant touring, KANSAS continues to remain a fixture of Classic Rock radio and popular culture. The band continues to reach a whole new audience through their unmistakable presence in various commercials, popular video games Rock Band, Guitar Hero, and Grand Theft Auto; the band’s documentary film “KANSAS: Miracles Out of Nowhere,” and a guest appearance on The CW’s television show ‘Walker.’

The band’s songs have also been included in various television shows such as ‘Supernatural,’ ‘Reacher,’ ‘’South Park,’ ‘The Office,’ and ‘The Simpsons;’ as well as blockbuster films including ‘Old School,’ ‘The Suicide Squad,’ ‘Anchorman,’ ‘Pitch Perfect,’ and ‘Happy Gilmore.’