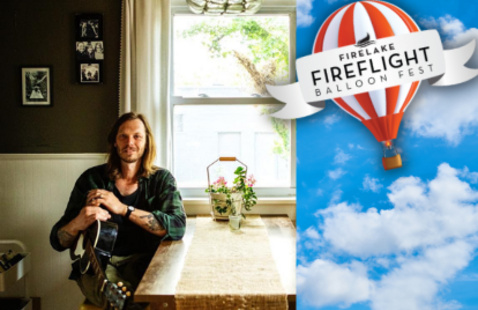 Parham’s career began in May 2013 with his self-released first album, “An Okie Opera,” which Currentland Magazine named one of the top Red Dirt albums of the year.

He signed in 2015 with Music Road Records and recorded the album “These American Blues” in June 2016 — landing at #25 on the Americana Music Association Charts and #1 on the EuroAmericana Charts for 2016. Parham has performed at the Woody Guthrie Festival, toured through most of the United States and throughout Europe, and was a featured artist in Emmy-winning YouTube series Play It Loud Season 1.

He gravitates toward blues and funk styles with sweet song lyrics and said he hopes to recreate that in his music. “It’s feel-good music,” Parham said. “That’s what I’m going for. I just want people to feel good and I want to feel good when I’m writing songs.”